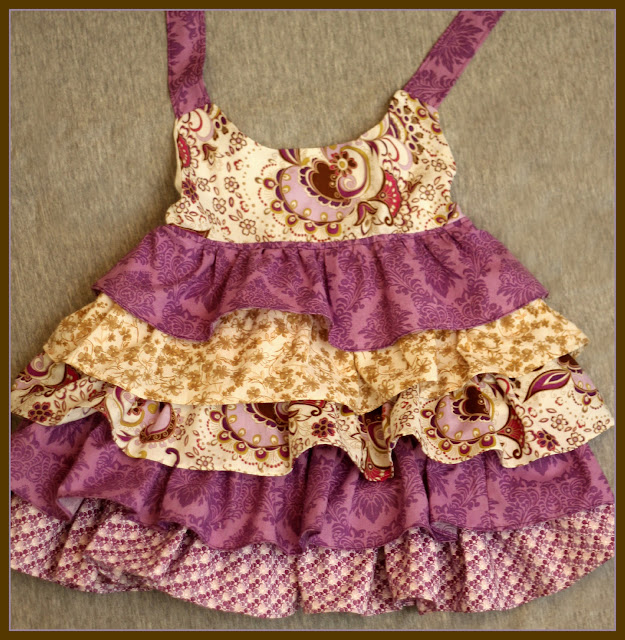 This Ruffle Halter Dress has been on my to-do list for a while.  Now that my new sewing machine came with a ruffle foot and a narrow hem foot, I finally took the challenge!
The dress pattern is Ruffle Halter Dress from Ellie Inspired.  The link to this dress pattern and the tutorial seems to have been removed, but I had the pattern printed out so I was able to make it.

And a challenge it was... I had another sleepless night, spending more than 11 hours on this dress.  Well I have a new sewing machine that does not jam the threads, but I am still a slow sewer ;)  Also the dress was constructed differently than other dresses I have made, so I took my time to read the instructions carefully.  And the narrow hem...I was very impressed at what narrow hem foot can do when successful, but spend hours creating failures after failures.  I was starting to get hang of it by the time making the last row of ruffles, but the first rows are...awful. I am not going to show the detailed picture of them ;) 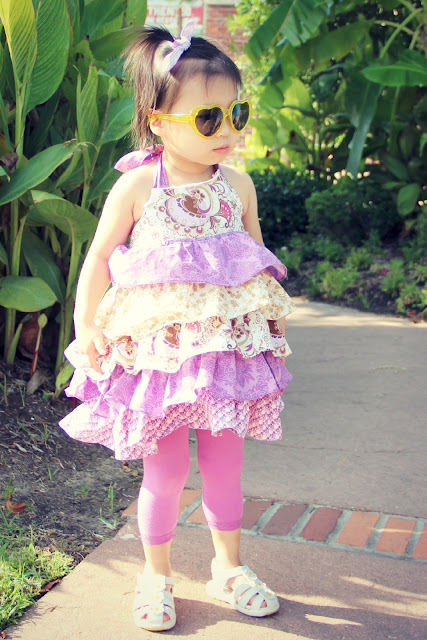 When I finally finished the dress and put it on Momo, I was disappointed the bodice did not fit well on her...  Actually the bodice size was just about right.  But when I tied the straps as a halter top, it created a gap between her chest and the dress.    I was just too too tired to fix the dress.  And Momo has seen and tried her new "princess dress," she was not going to take it off.  So I let Momo wear the dress and put a safety pin. 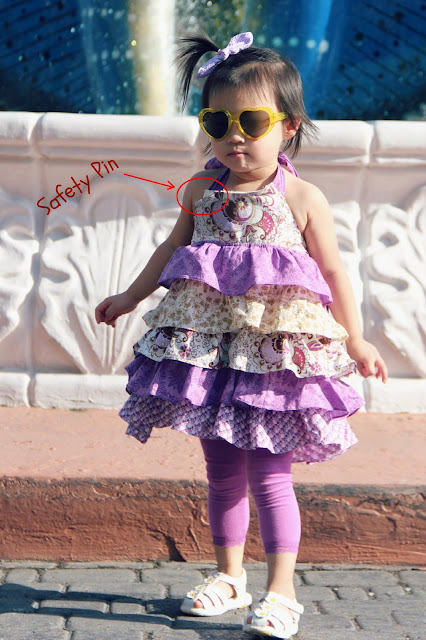 I would have attached a pretty flower with the pin, but I just did not have time or energy to make even a small flower. 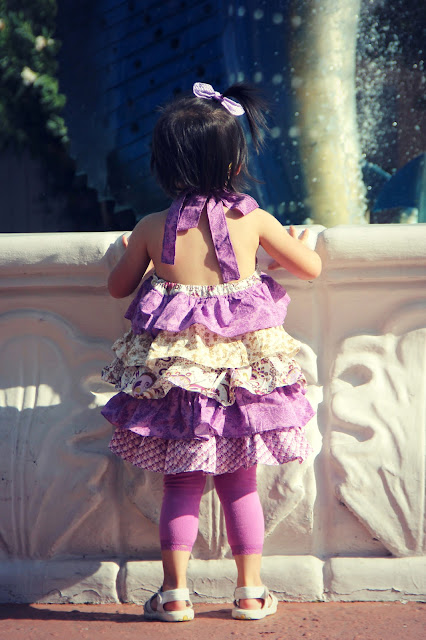 I tried to gather the ruffles evenly, but the back bodice is shorter and ended up getting more ruffles on the back.


Ill-fitting top and the uneven ruffles did not bother Momo or many people who saw her that day.  She was getting so many "So CUTE!" compliments.  I guess it is all about a little girl in ruffles, and those heart-shaped sunglasses helped too.

Momo did not care what people were saying though, she had her eyes only on those pretty horses... 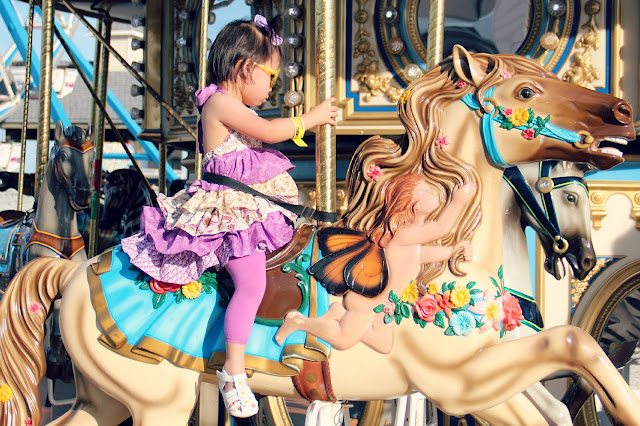 I am not going to take the dress apart and fix the ruffles, but thinking to fix the straps by changing them to regular or cross-back straps.  And if Momo likes it, she could wear it again...

Email ThisBlogThis!Share to TwitterShare to FacebookShare to Pinterest
Labels: Dress