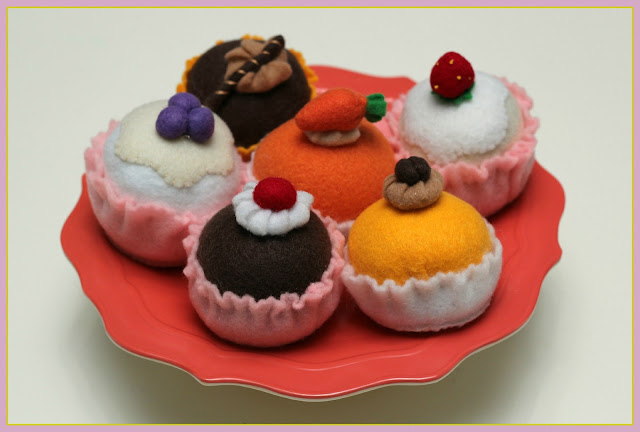 It has been a while since I have made any play food for my daughter Momo.  While she loves to wear dresses I make for her, I know she would love more to have toys...so I took a dress making break and made those felt cupcakes.

My first tries were the rolled cupcakes I had seen here: cupcake pincushions. 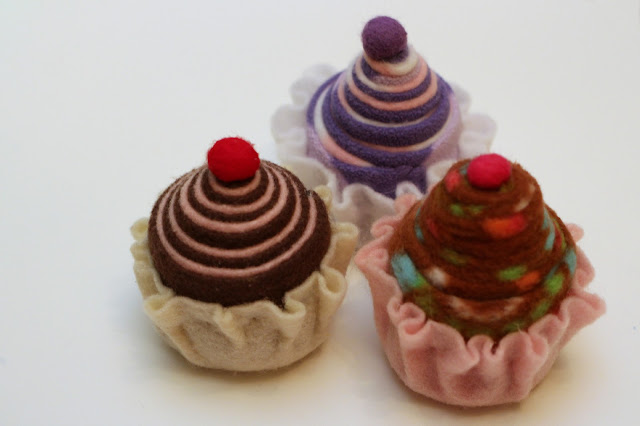 I rolled up felt and fleece to make those cupcakes.  The tutorial shows how to make the cups using an old sweater.   I liked the look of the sweater cups, but the shape did not hold well when they were played as toys. So here the cups were made with felt cut in circle.
While I thought those are cute, I could not decorate them the way I wanted.  So here is what I did to make more cupcakes: 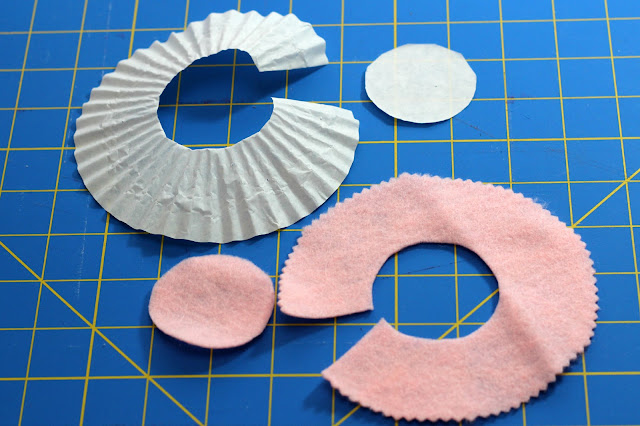 Using paper cupcake liner as the pattern, I cut the felt pieces. 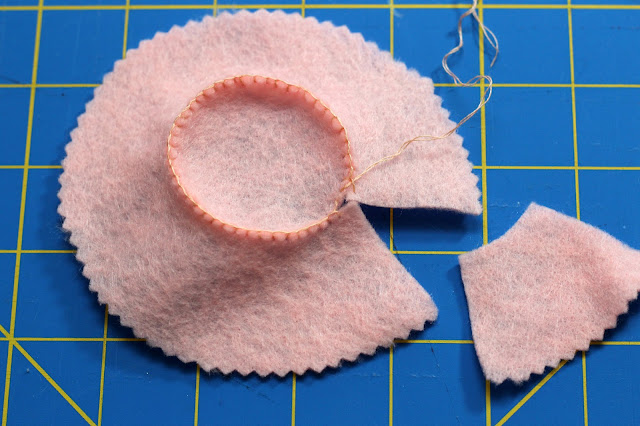 Sew the two pieces together, cut off the excess. 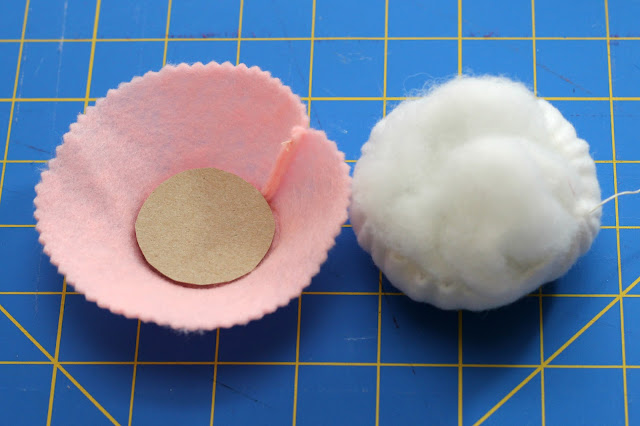 Cut a felt in circle, sew along the edge just like making a yo-yo, fill with poly-fil to make a cake.
Place a piece of cardboard in the cup, fill with more poly-fil and then top with the cake piece.

I like decorating the cakes with whipping creams.  Talented Japanese crafters have been making very realistic looking felt food, especially the desserts.  I cannot remember the exact source but I learned  how to make a whipping cream decoration from them long time ago. 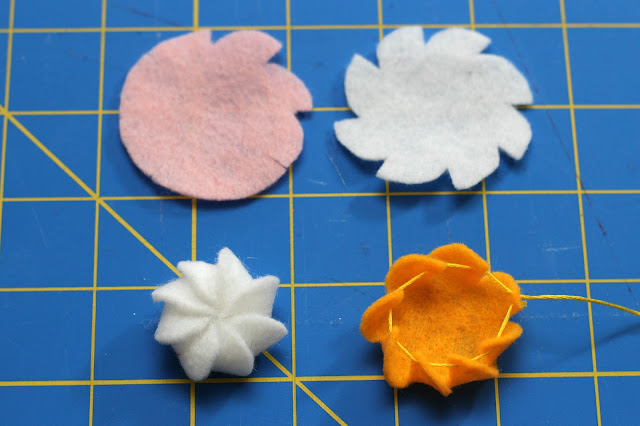 Cut felt in circle and then shape it as shown.  Sew the tips together, fill with a small amount of poly-fil before closing it. 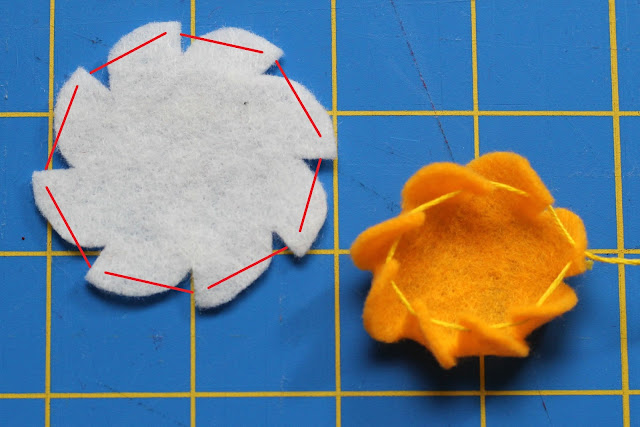 Here is a better picture of how to sew the tips together.

Here is how to make strawberries:﻿ 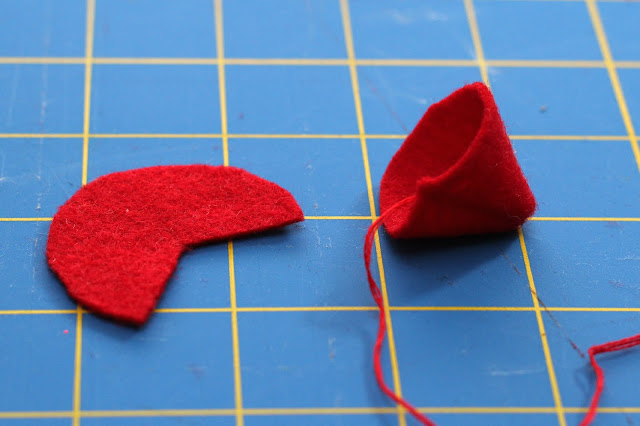 Cut felt as shown, sew the straight edges together. 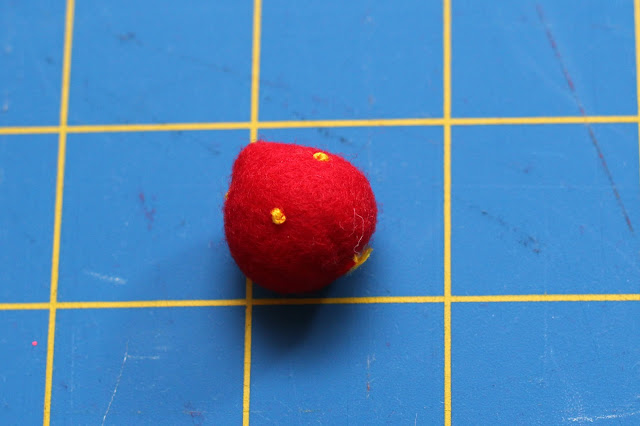 Fill it and close the opening, add French-knot stitches as the seeds.
I made a carrot in the same way, I just added some green felt pieces when closing the opening. 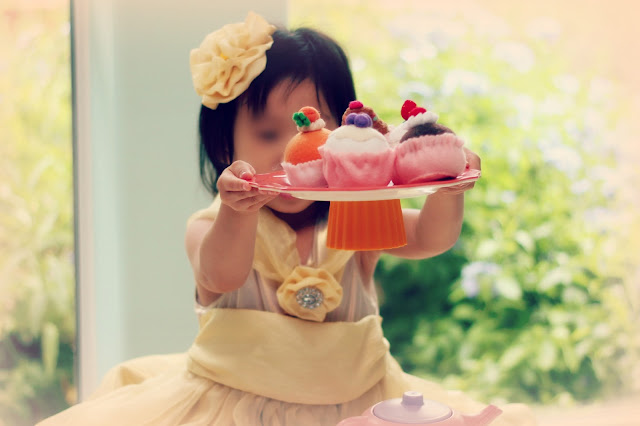 The cake stand is made from a plastic plate and a cup glued together. 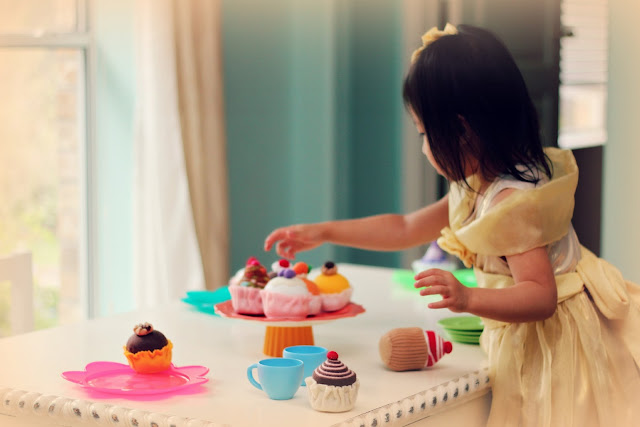