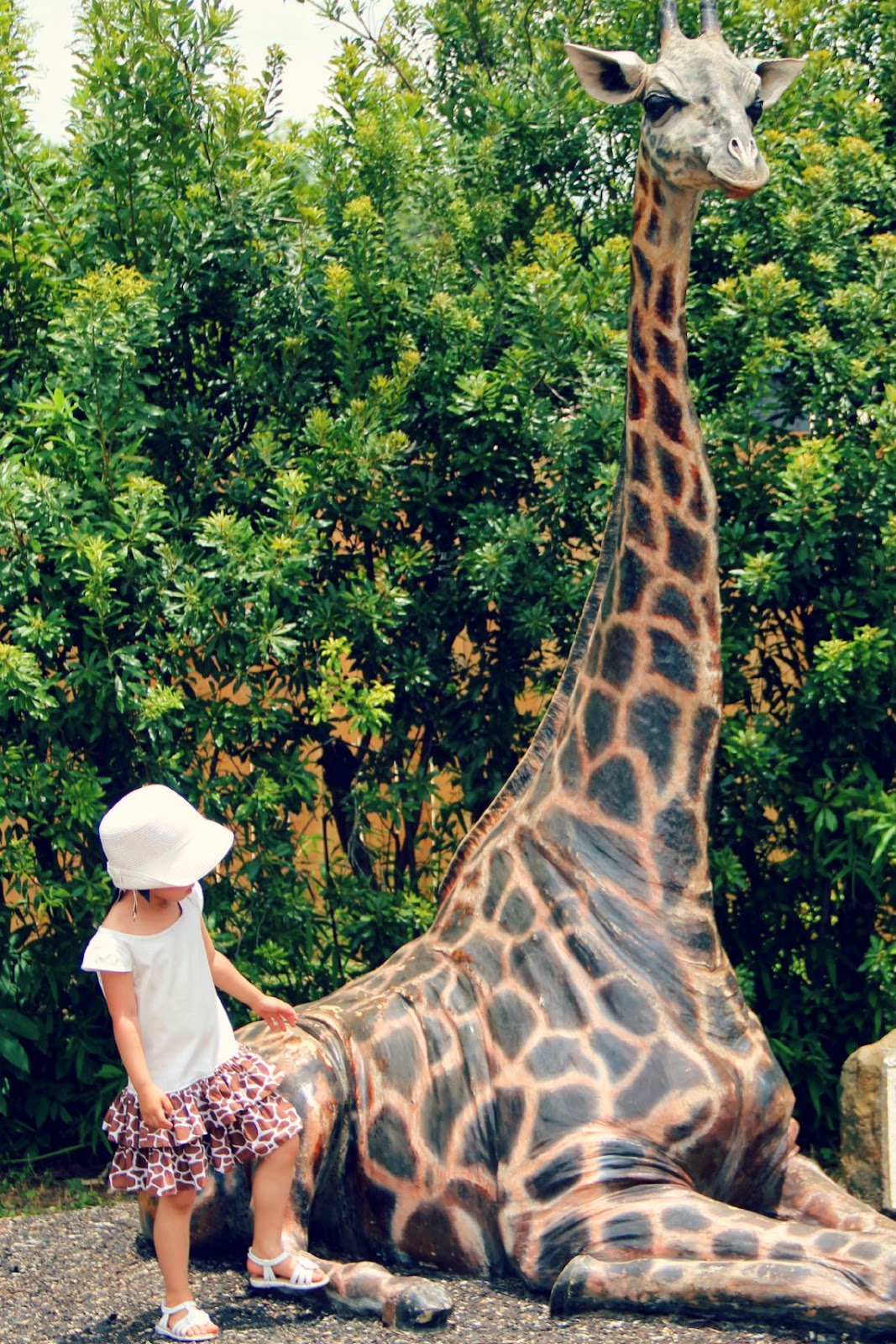 This year June 21st, the longest day of the year was the first ever World Giraffe Day,  established by the Giraffe Conservation Foundation. 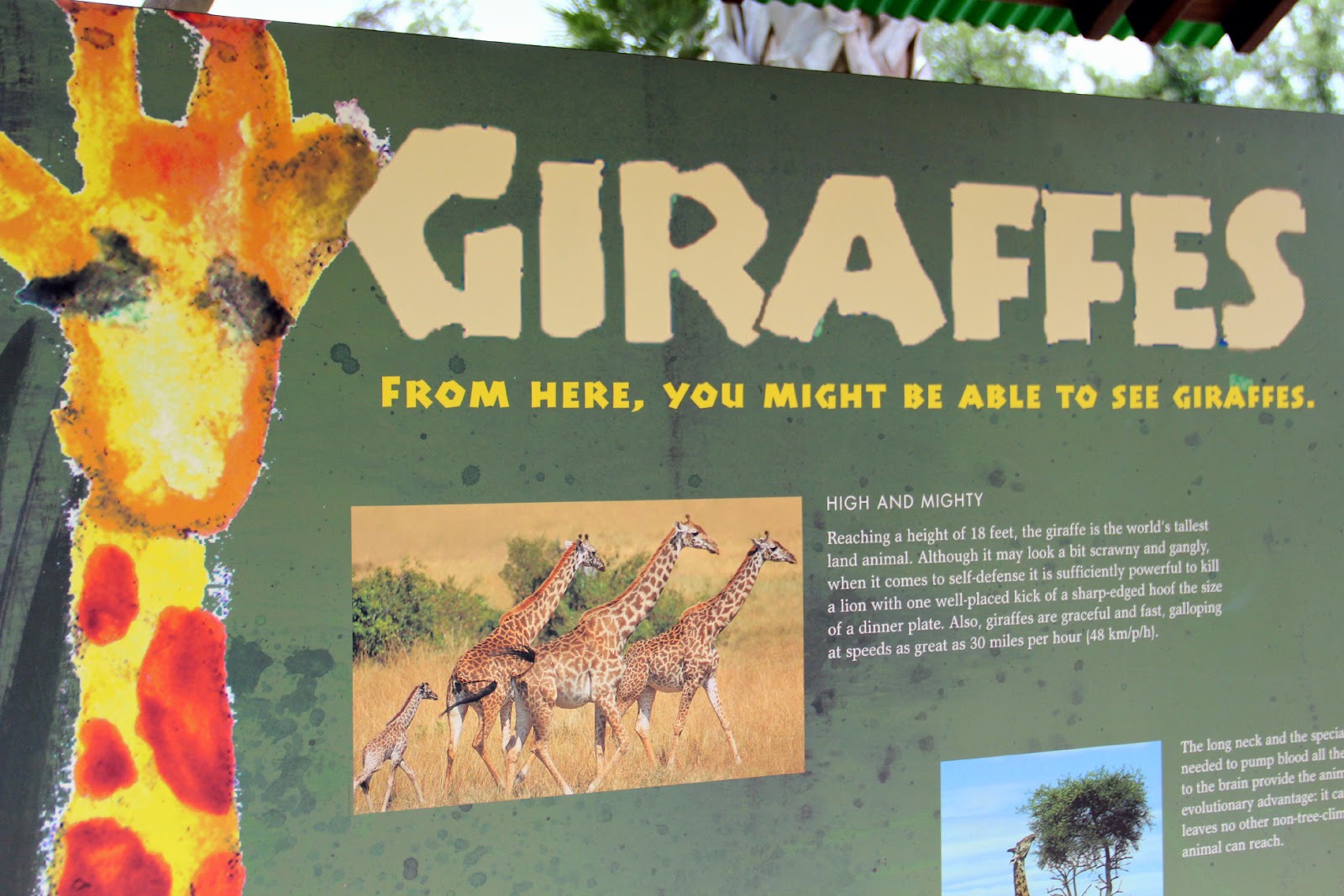 I am not going to pretend to be a expert on giraffe or any animal conservation efforts expert.  I only learned about it because of the newsletter sent by the zoo.  The Giraffe Conservation Foundation's website is here.

For years I avoided zoos.  I get mixed feelings looking at those wild animals in captivity.   But now that I have a child, I go to the zoo.  Often the zoo is a mommy-daughter date spot for us.  The zoos help save the wild animals and educate people on conservation efforts, both locally and globally.  So I understand zoos are not all bad... I think I may feel better about zoos if those animals are given more spaces. 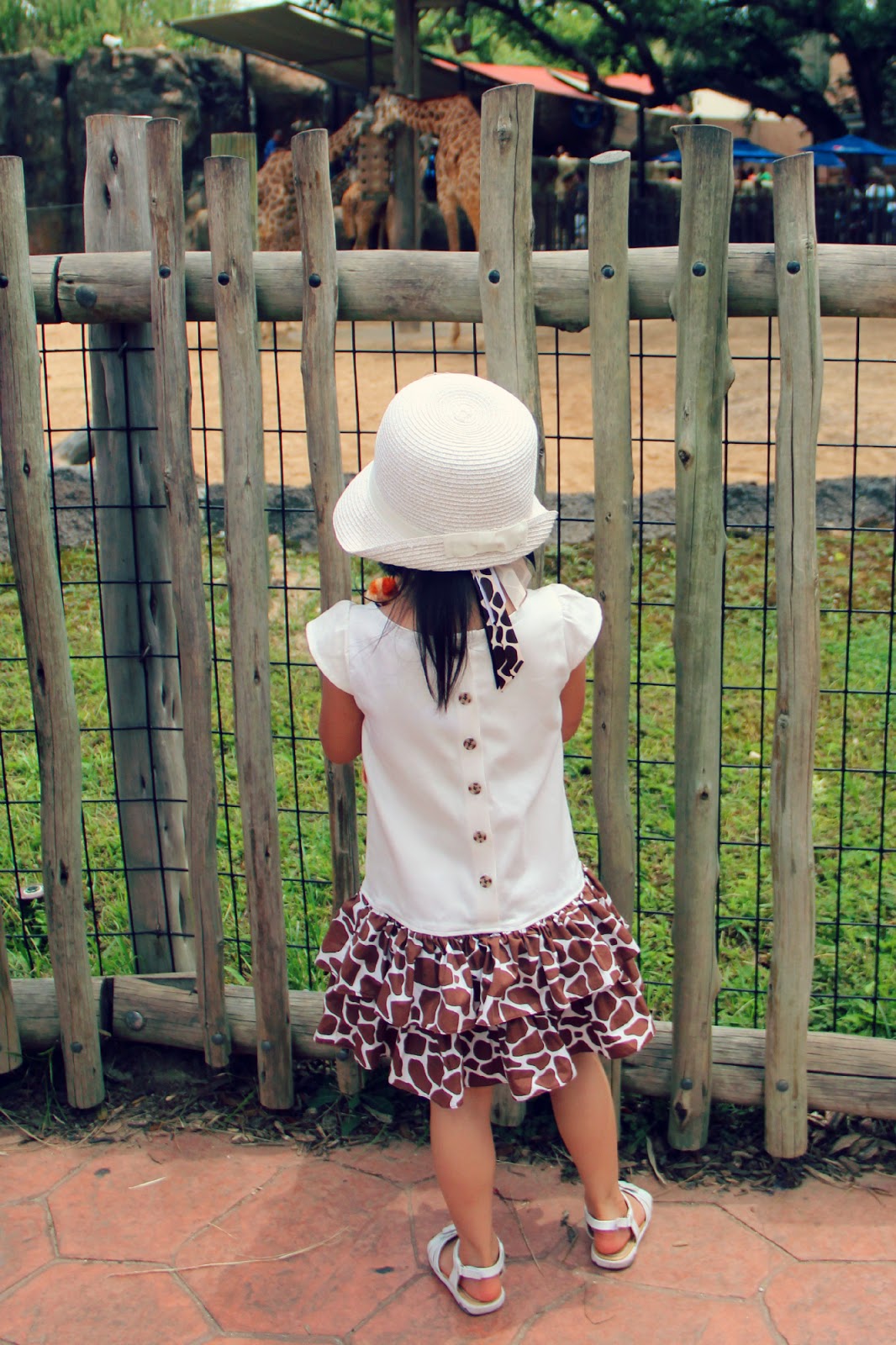 So I took Momo to the zoo... It was a HOT day, but Momo did not complain...she loves going to the zoo.

There was a coloring page station that Momo enjoyed.  They had some items for sale with the proceeds going to the conservation foundation. Their merchandise did not interest me...I felt I should just donate the money rather than buy those stuff. 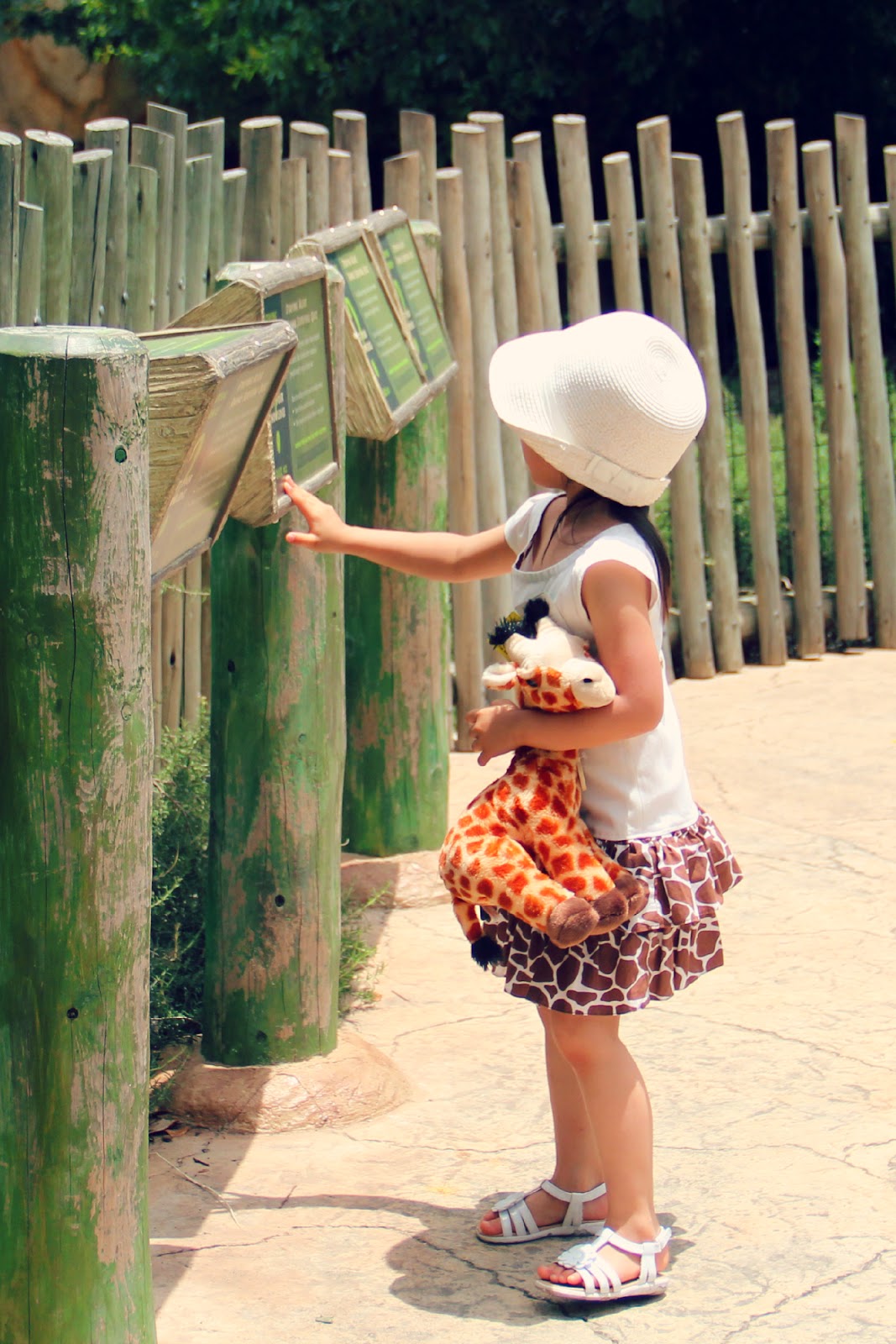 But I got Momo this giraffe at the gift shop... We normally do not stop at the gift shops, but we just needed to cool down a little bit in the middle of the day.  Momo usually do not ask me to buy things, but she really wanted this little giraffe.  So I gave in.  To me it was worth it though...how long more do I get to see her holding little giraffe like a little baby, walk around with it, and sleep with it...  I think they should have sold those stuffed animals with proceeds going to the foundation, and they probably would have raised money more.   At least I would not have hesitated to buy this giraffe if that was the case, and Momo did not have to plead her case with me ;) 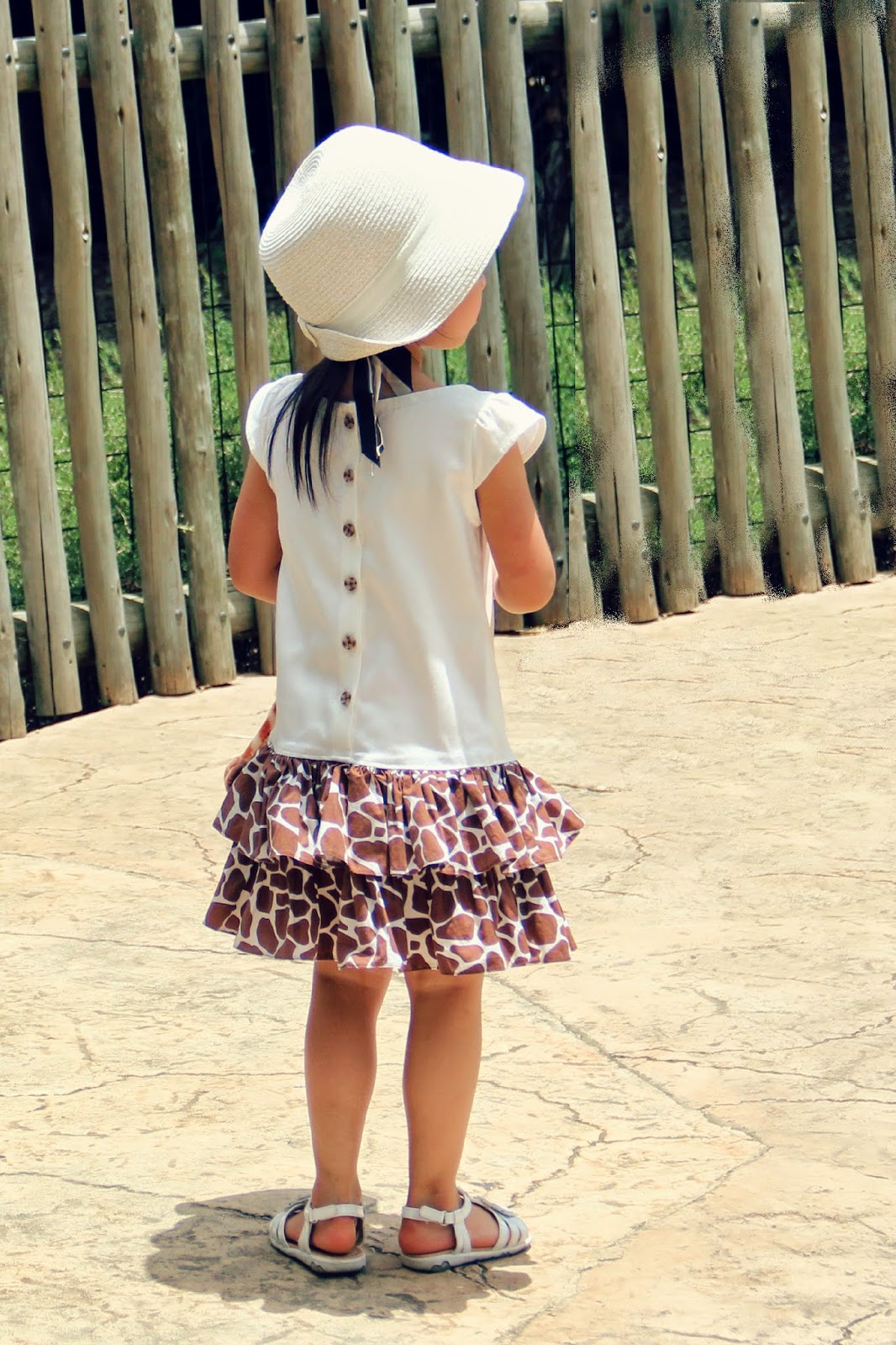 Momo wore the Giraffe Dress I made earlier this year for Project Run and Play challenge.    How fitting at the zoo, on the Giraffe Day!

Giraffe feeding had a long line and I was not willing to stay in the line for it.  We also missed the keeper talk.  So the rest of the day was spend with other fun activities... 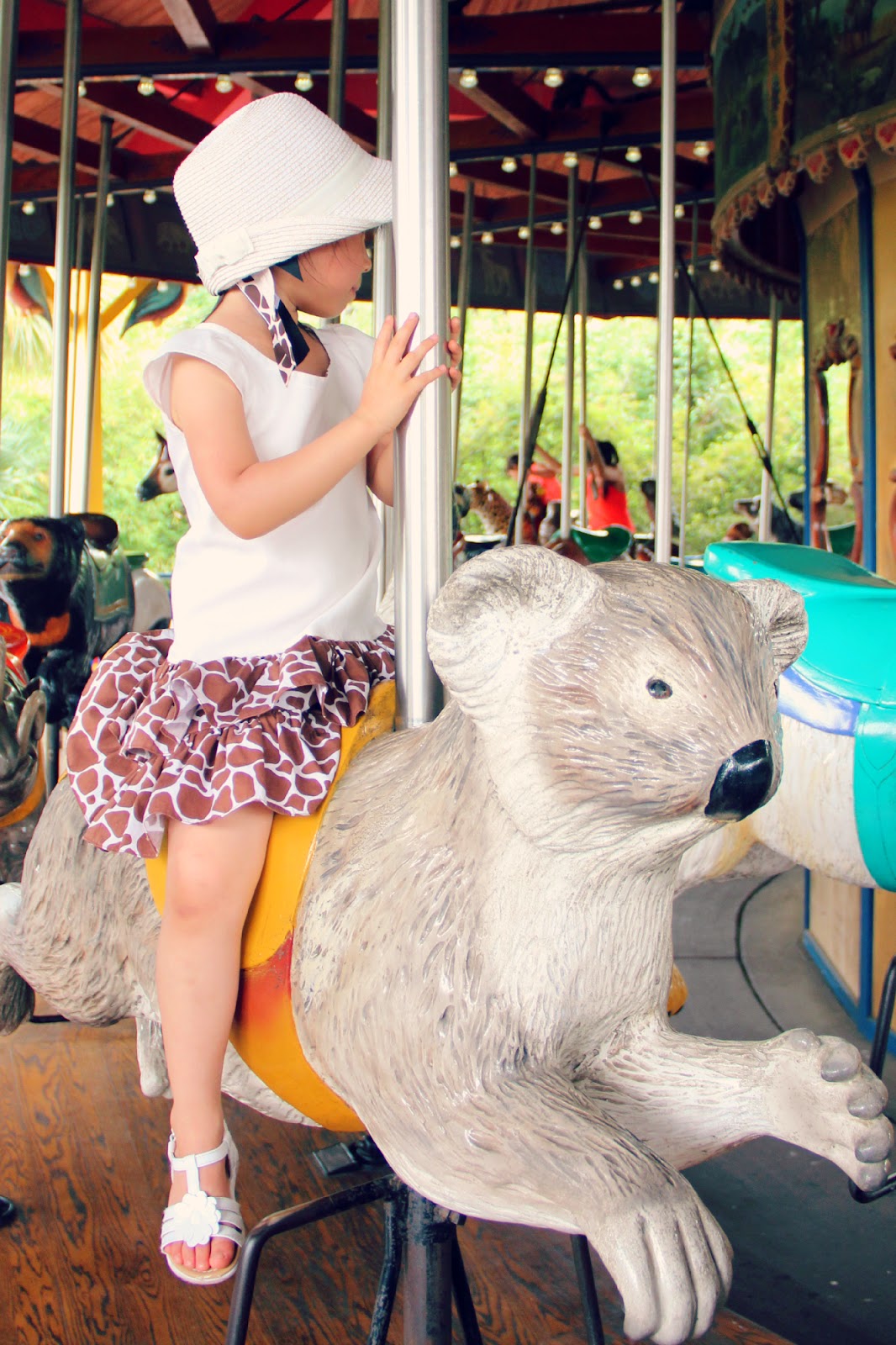 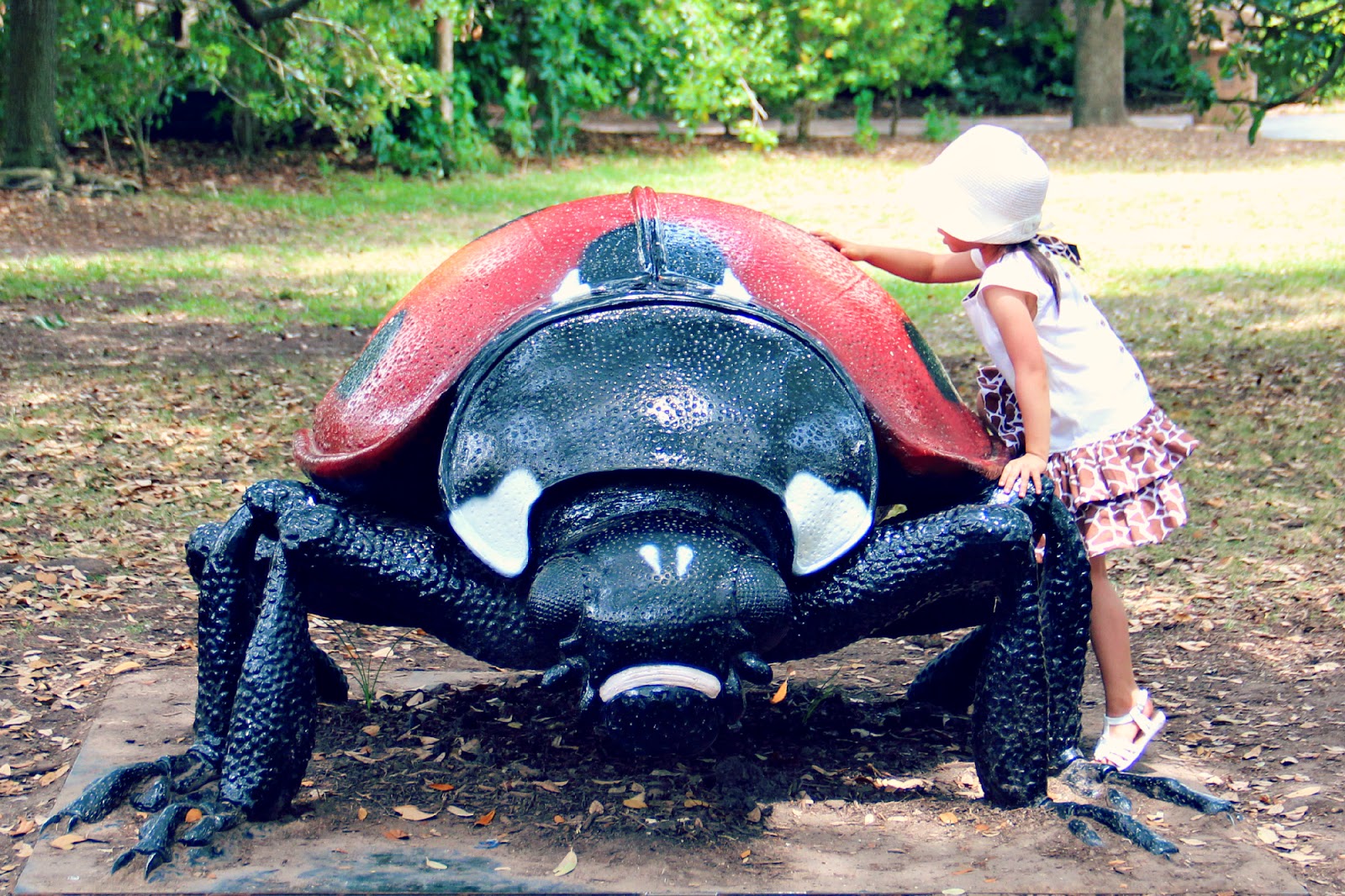 Climbing on a giant ladybug.


Although I failed on explaining what the giraffe day was about to Momo (she tried to listen...but I guess I was not good at talking things like this to a little child.  I can never be a teacher! ;o), we both had a great time.  So for now we keep going to the zoos.